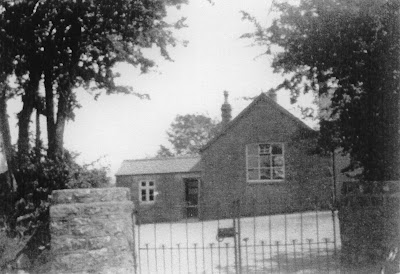 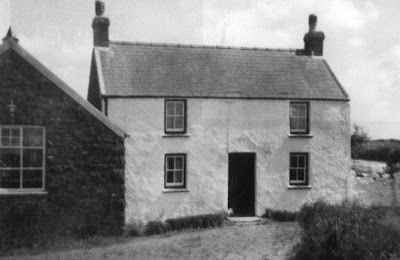 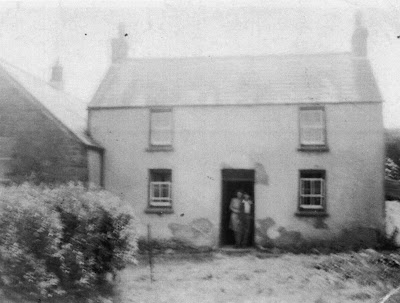 Crunwere Schoolhouse - at that time joined on to the school 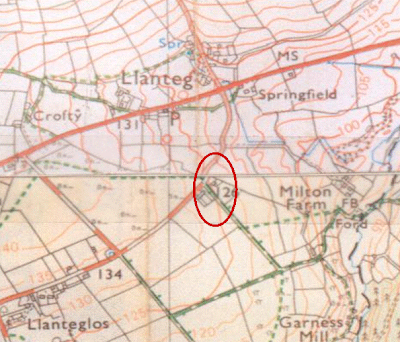 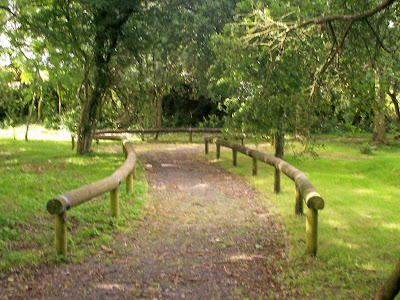 The old school field to the south of the school was given to the village as a recreational area when the common land was enclosed in the 19th century.
Later used as a school garden, then overgrown when the school closed in the 1940s, it was cleared in the 1990s by PLANED, but revitalised by Llanteg Community Association in the 2000s
who now hold events there and regularly maintain it.
Its offical name now is the OLD SCHOOL GARDEN. 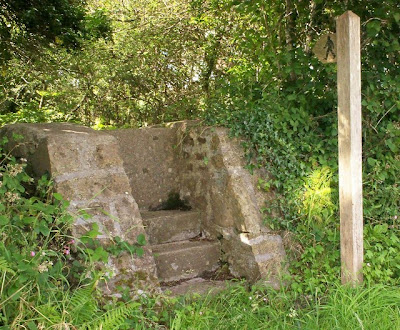 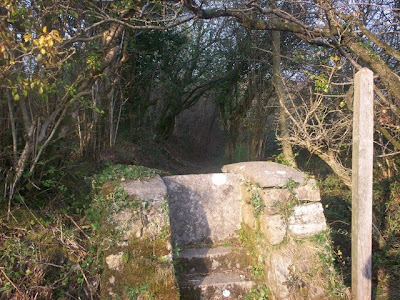 Stile opposite Mountain Chapel
Many people will also remember these two stiles which are either side of the Laurel's Mountain, enabling children to take a shortcut from Mountain Chapel across tot he school - this right-of-way is marked in green on the above map.
Posted by Ruth Roberts at 14:40