Teachers and Headteachers of Crunwere School

This is by no means a comprehensive list and are just the odd names we have found mentioned in our notes - more can be found if the Minute and Log Books are checked again.
We may at a later date do more research into the school's history. 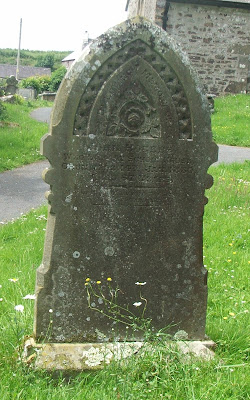 c. Owen Vaughan
Owen found this gravestone in Amroth Churchyard.
In Loving Memory of John Rogers
Who died at Schoolhouse Crunwere 14th January 1880, aged 67 years
(Was he the first schoolmaster at the school or just a visitor?) 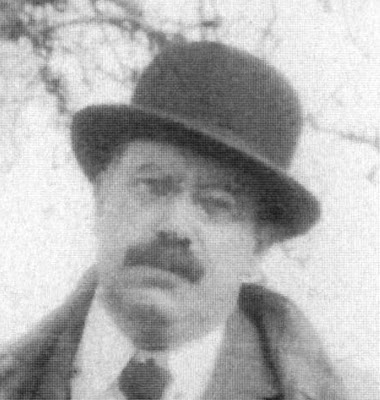 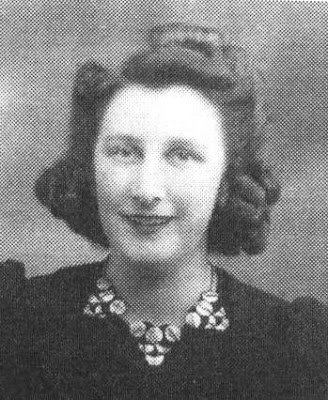 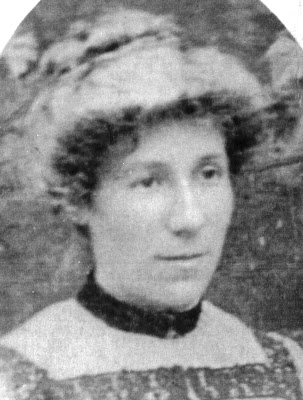 MEMORIES OF MY GRANDMOTHER - MRS CHARLOTTE DUNBAR,
HEADMISTRESS of CRUNWERE SCHOOL 1910-1918
by Josephine Jenkins
Published in Llanteg - The Days Before Yesterday
One of the reasons why my grandmother Mrs Dunbar came to Crunwere in 1910 was to get away from the London smogs. She had thought that the clean air would be beneficial to her health.
By Christmas 1910, she had settled in Crunwere Schoolhouse with her two sons, Donald and Arthur.  It seems that she was a good teacher and also a strict disciplinarian, as the records show that the cane was in regular use, even for the girls!  My grandmother didn’t appear to enjoy the good health that she had hoped for. The School Log Book confirms that she had regular absences due to illness.
During research into her life I was lucky enough to be put in touch in 1992 with a Mrs Eleanor Mary Phelps (nee Allen) who was nearly 90 years old. Mrs Phelps had been a pupil at Crunwere School when Mrs Dunbar had arrived. This lady was a joy to talk to and listen to and she had lots of memories of that time. One of the things she recalled was that she used to take books into the Schoolhouse to be marked by Mrs Dunbar when she lay ill in bed.  I suppose with her medical history my grandmother would have had little resistance to the Spanish ‘Flu epidemic that swept the locality in 1918. On the 9th December of that year she died, aged 49 years.

The death of their mother must have been a devastating blow for her two sons. Not only did they lose their mother, they lost their only means of support and they also lost their home. In the aftermath of her death, who made the decisions that were to affect the rest of their lives and why those decisions were made are lost in the mists of time. Why two well-educated young men should have been regarded as only suitable for farm labouring, is one of the many unanswered questions. It must have been the bleakest time of their lives.

Arthur, aged 17 years, was away at college in 1918. He was not to return there. Instead, he found himself working on a local farm. The contrast between what had been his life just some eight years before when he had lived in London, and the manual graft of farm work, where he slept in a loft, probably shared with several others, can only be imagined. However at Trenewydd he was to find happiness. He met my mother, Winnie, who was in service there. They married at Crunwere Church in 1923, and moved to Whitland where they raised a large family. They shared more than 50 years of marriage. Arthur was a kind, good-natured father, who worked hard to provide for his family.

Arthur’s brother Donald first went to work at Pontyberem, then returned to work on local farms, one of which was Eastlake. His last job was at Gellihalog Quarry where he built a wooden bungalow out of mahogany wood from a ship in Pembroke Dock (it is still there). At one time Donald played the organ at Crunwere Church. A crippling disease forced him to give up work at an early age. Donald then moved with his wife Jessie and their family to Temple Bar, Kilgetty, where he was looked after by them until his death in 1963.

My grandmother Charlotte’s life was rarely talked about in our family home. My father never spoke about events at Crunwere, or his early life in London, and my mother also said very little. When I started searching I had nothing to go on. The school register for Crunwere gave me the previous school that Arthur and Donald had attended in London and I went from there. It has only added to the mystery surrounding my grandmother’s life to discover that she had some independent means which enabled her to travel to London in 1917 to the High Court, to obtain a divorce, for which, the records show, she herself paid.
I wish that I had known her - she must have been a very spirited woman.
Posted by Ruth Roberts at 13:51